“THINGS WERE BETTER BEFORE...” 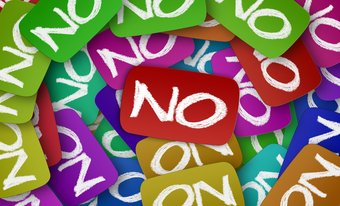 In Human Insight #5 you learn how to counter negativity bias, an error in thinking that impairs our judgment. It concerns our brain's innate tendency to emphasize all things negative. Its effects? An overly dramatized world view, increased feelings of stress and bad decision-making.

How many of the world’s one-year-old children have been vaccinated against disease? What do you reckon? Is it A: 15%, B: 40% or C: 80%? A second one: How many people worldwide die as a result of natural disasters? Over the last hundred years, has their number... A: doubled, B: remained the same, or C: halved? (*)

For both questions, C is the right answer. But hardly anyone gets it right: in Belgium it’s less than 1 in 5. Apparently we are collectively convinced that things are going badly in the world.

Why is this? And do you also have the feeling that “things used to be better”?

Negativity bias – Where does it come from?

Our brain has a built-in tendency to emphasize the negative. That implies both that we notice negative things more when they occur and also that we remember them better. Psychologists call this tendency the 'negativity bias'. Just think of the last evaluation you had with your manager: even if only one point of criticism was made, you can probably still recall it vividly.

But why do humans – and other animal species too, by the way - have such an innate tendency towards negativity? After all, this tendency has many unpleasant effects: It results in more stress and it makes us feel more anxious in daily life.

"Why do humans – and other animal species too, by the way -

have such an innate tendency towards negativity?"

The explanation is - as is often the case – to look at it from an evolutionary perspective. Our ancestors lived in circumstances where they had to make many quick decisions on a daily basis. Life or death decisions: "Do I go for this reward or do I make sure to avoid that danger?” Rewards in the form of food and sex; dangers in the form of predators and hostile tribes.

But what was the crucial difference between rewards and danger? If our ancestors failed to evade the danger that presented itself then – AUWCH! - that might suddenly imply the end of all rewards, forever. Compared to reward, danger therefore has more urgency and impact. So our brain awarded it more emphasis.

Negativity bias – What are its effects?

To allow us to survive, Mother Nature has thus burdened us with a brain that makes the following mistakes: (1) we overestimate threats, and (2) we underestimate opportunities that present themselves.

That explains why we all have such an overly dramatized worldview:

Our dramatized worldview goes hand in hand with negative feelings of stress. It is as if we are in constant ‘fight or flight’ mode. Which is unhealthy, both physically and mentally. In addition, such a negative worldview leads to bad decision-making, as we let ourselves be led by (unjustified) fear.

with negative feelings of stress.

It is as if we are in constant ‘fight or flight’ mode."

How to counter negativity bias?

Be aware of how the brain works

In your daily life (at work, in relationships, ...) take into account how our brain is geared towards the negative. That careless remark your colleague made – and which you have been brooding on for days now - was probably never meant to be offensive. In the meantime, that same colleague may have already complimented you on three separate occasions. But your brain never paid attention.

"In your daily life (at work, in relationships, ...) take into account

how our brain is geared towards the negative."

Since your brain will not do it, it’s up to you to actively counter negativity bias.

At work: Write down positive things as soon as they occur. This will give you material to fall back on during feedback moments, or you can simply decide to compliment your colleagues more often.

At home: At the end of each day, write down three positive things that have occurred. This allows you to go to sleep feeling satisfied.

Grow a world view based on facts

Build a world view that counters the negativity bias of your brain. Actively look for facts when you are forming an opinion. For one, doing this will make you feel better (as you come to realise those negative presuppositions are not warranted). Secondly, it will allow you to make better decisions.

WANT TO COUNTER THINKING ERRORS IN YOUR COMMUNICATION AND HR?

Eager to learn more about how our brain works, what errors of thinking we all make and what you can do about it? In our in-house training  "Nudging & framing" you will learn how to improve your communication, both with clients and internally.  In our training  "Countering implicit bias in selection and promotion" you will learn to counter the effects of unconscious stereotypes in recruitment and evaluation processes. Your  results: increased  diversity, attracting the best talent.

(*) The questions in the introduction come from the book Factfulness by Hans Rosling. Here you can test your own knowledge of the world.

ONZE INZICHTEN IN JOUW INBOX!  -  OUR INSIGHTS IN YOUR INBOX!